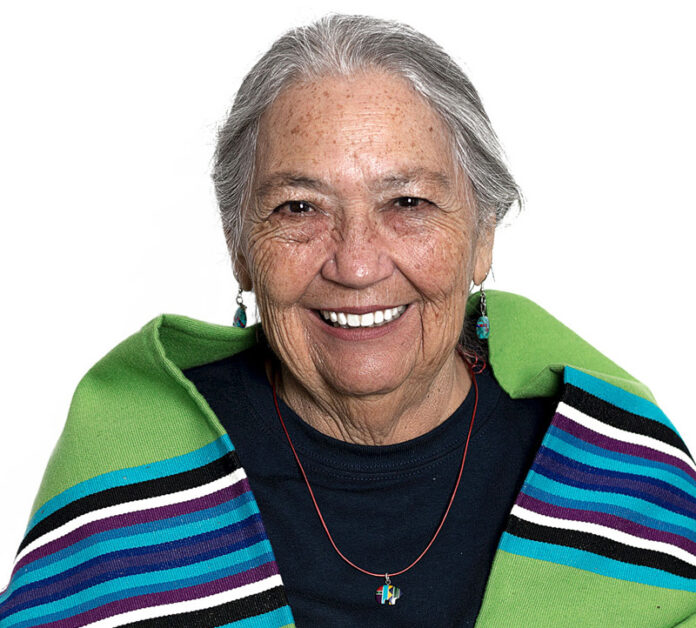 KI-GTHI-WI-DO, to unite and become as one, per Francis La Flesche, “A Dictionary of the Osage Language.”

There is disunity within our Tribe as evidenced by the number of shareholder voices opposing most, if not all, propositions put forth by the government of the Osage Nation. It is said that even a blind pig will find an acorn now and then. Similarly, an unbiased tribal member should be able to find something of the Nation’s position to agree with.

I believe this bias is conceived in fear, born of vulnerability, and with the Midwife Mistrust in attendance. The fear is caused, I believe, by the loss of headright income, and the loss of managerial control over the Osage Mineral Estate. This is brought about by last century’s Federal Indian policies of assimilation, as reflected in the Osage Allotment Act.

We owe it to ourselves and to the tribal leaders we elected, to trust ourselves, and them, until and they prove themselves untrustworthy. “Trust but verify” seems the most prudent. Written words, records, and laws are verifiable. Verbal claims are not; whether from the government or from our fellow tribal members.

An example of written documentation, germane to this discussion, is a legal opinion filed by the Osage Nation Supreme Court, Sept. 9, 2016. In discussing the rights of shareholders to headright income, Principal Chief Geoffrey Standing Bear referenced this legal opinion at the Oil and Gas Summit on Dec. 7, and again at the Joint Meeting on Increasing Osage Oil Production on Jan. 12.

The opinion states in part, “the rights of headright shareholder for income from mineral royalties are protected by the Fifth Amendment of the U. S. Constitution, Federal statutory and case law, and the Constitution and Law of the Osage Nation.”   (SCV-2015-01 P.12)

According to this opinion, these laws not only prohibit the Nation from infringing on shareholder rights, but charges the Nation with the responsibility of protecting these rights. “The responsibility for protecting shareholders’ right to income from mineral royalties is not exclusive to the OMC: the protecting the shareholders’ right to income from mineral royalties extends to the Nation as a whole by operation of both federal law pursuant to the Reaffirmation Act and the Constitution. Such responsibility, thus, likewise extends to each Branch of government of the Osage Nation.” (SCV-2015-01)

As a shareholder, I feel more secure and less vulnerable knowing that our right to headright income is protected by written laws and documents. However, according to my personal reading, I do not see exacting written statements specifically protecting shareholders’ right to manage the Osage Mineral Estate.

Unity in thought and purpose strengthens individuals, groups of individuals, Tribes and Nations. Lack of unity has the opposite effect on people. It is not unlike a team of horses pulling against one another. They may kick up a lot of dust and noise and snot, and move erratically down the road; but at what cost in wasted energy and ineffectual expenditure of effort?

Osage News Staffhttps://osagenews.org
As an independent news organization, we strive to report news and information with fairness and balance. While being the official news organization of the Osage Nation, we base our news judgements on our loyalties to our readers and Osage citizens, and we are not directly beholden to the Executive, Legislative, or Judicial branches of the Osage Nation.
RELATED ARTICLES
Columns

Through the gift of music, Marca Cassity is uplifting Two Spirit Natives

School is out and we’re ready for our next adventure

The Osage Nation Language Department has published a children’s...

The Eighth Osage Nation Congress passed the first of...

John Joseph Mathews, one of the most interesting men I ever met