The Palm of God’s Hand 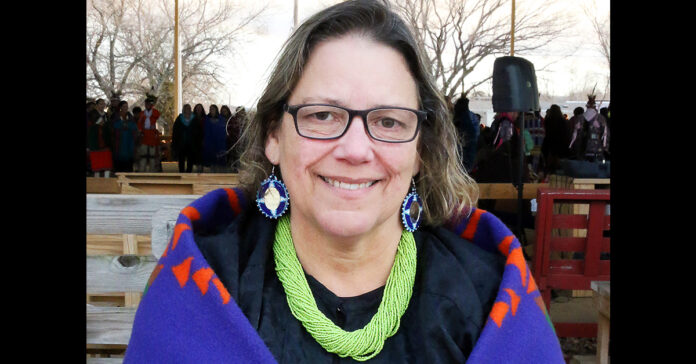 The last week in February this year, the weather in Pawhuska ranged from freezing drizzle to mild sunny days. At Wak’on Owatsi, the event that brought me to Oklahoma, Moira RedCorn recalled her late father Charles RedCorn calling February,  “Don’t let it fool you.”

One of the last evenings I was in town, at the plaintive hour when most people were inside having dinner, I drove straight up the hill from Lynn to Grandview and onto the Joseph H. Williams Tallgrass Prairie Preserve.

I’ve driven the Preserve often enough to know the road’s long straight stretches, the curve past the gate to John Joseph Mathew’s cabin, the corner where the young bulls hang out some evenings just past a scenic turnout looking east.

The light was getting soft at 5:00 when I drove the miles of grass-covered swells colored yellow beige. This was the bed of an ancient shallow sea, and being in that rolling country felt to me like being on the palm of God’s hand.

I passed few cars or trucks. A woman who drove a sedan with several male passengers in ball caps slowed to see a cluster of bison by the road. A man driving a half-ton work truck barreling down the road with a rooster tail behind him slowed as he approached me and lifted a hand in greeting.

A flock of meadowlarks crossed the road. The preserve, formerly the 29,000-acre Barnard Ranch includes buffalo wallows, bottomland and cross timbers. As much as I love the terrain, the free-ranging bison herd is the big draw. The preserve offers the chance to be close to the animals, to study them from the car, learning how and where they spend their time with each season.

I passed groups of bison, twenty or fifty, or sixty strong, their rough hides golden in the light. I stopped to see how some individuals wait and watch for a while before deciding it’s safe to cross the road. Other older animals stopped and drank ditch water before they crossed with water streaming from their mouth.

Although these are large animals, the older bulls are culled because they are difficult to manage. On this visit, younger males bump heads and leap around. The preserve overwinters a herd of 2100 animals based on the capacity of the land. I wonder what it would have been like to see parts of the 30 to 60 million bison who roamed North America before contact. The Nature Conservancy website reports the bison (except for the old bulls) were very gregarious. Regarding the bison temperament, I learn that although bison are “ordinarily mild-mannered, even dull, animals but can be aggressive,” which is a personality type that sounds more than a little familiar.

Driving from one group of bison to the next, I see curved horns that I think are a few animals lying among some rocks. When I’m closer I realize this is a group of about fifteen animals lying together in a mound of golden flanks and angular humps.

Another group was taking advantage of a metal frame built around a utility pedestal as a scratching post. I’m relatively close to the dark furry heads with pieces of dried grass caught on their faces, tucked in their mouths. One bison carefully scratched its head, forehead, around its eye and a flank. It took a long and slow satisfying rub, before the next animal started the same process. As I watched one group and another, time slowed. White-tailed deer come over the ridge in silhouette. I’d been so intent on the bison the deer seemed elegant and foreign by contrast. Across the far-flung hills, coyotes called, we’re here, we’re here, yipping back and forth.

The sun lengthened, disappearing at the long line of the horizon, leaving a golden sky. Two trees stood miles apart. The wind farm near Fairfax glimmered, a measure of the vast space. Around a corner on the way back to Pawhuska, a hawk sitting on a reflector lifted off before I fully realized what I was seeing, striated wings visible in the dim light. A deciduous tree stood before the orange red sky, uplifted branches like fingers outspread. The light got softer and softer. The sun going down felt like someone tucking me in, gently pulling the covers over us all.

Ruby Hansen Murrayhttp://www.rubyhansenmurray.com/
Ruby Hansen Murray is a writer and photographer living in the lower Columbia River estuary. Her work appears in As/Us, World Literature Today, CutBank, The Rumpus, Yellow Medicine Review, Apogee, About Place Journal and American Ghost: Poets on Life after Industry. She’s the winner of the Montana Prize in Creative Nonfiction. She’s been awarded residencies at Hedgebrook, Ragdale, Playa, Vermont Studio Center, Virginia Center for the Creative Arts, Storyknife in Homer and the Island Institute in Sitka, AK. She is fellow of the Jack Straw Writers Program, Fishtrap: Writing the West and VONA, who studied at Warren Wilson College and received an MFA from the Institute of American Indian Arts. She’s a citizen of the Osage Nation with West Indian roots.
RELATED ARTICLES
Columns

School is out and we’re ready for our next adventure

Election season is upon us

Election season is upon us